Home / Feed / Evan’s Remains Is a Story-Driven Puzzle Game, So Self-Confident That It Lets You Skip the Narrative and the Puzzles 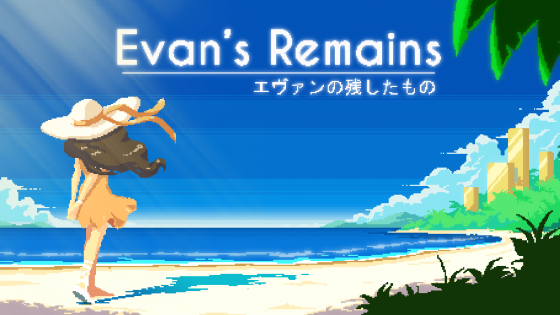 According to its Kickstarter description, ‘Evan's Remains is a mystery adventure that merges puzzle-platforming with visual novel elements’, and that's exactly what you get. However, there aren't many visual novels that let you skip the whole story without at least finishing it once first, and certainly, there aren't many games that allow you to just skip every puzzle in favor of the narrative... that same narrative that you can skip without real consequences.

Where in the World is Evan Goldstein?

You play as a girl name Dysis, who hides her true identity and introduces herself as Vanille. Representing a powerful corporation with a shady background, she's on a super important mission to bring Evan Goldstein back, and so she ends up in a supposedly deserted, remote island looking for a man she never actually met. This island looks beautiful, though, full of ancient ruins and strange pieces of technology, so it will take you no time to be mesmerized by the colorful pixel-art and the intriguing story of the missing genius. A few minutes into the adventure, Vanille joins forces with a strange guy who investigates an ancient mystery involving the island, saying there lies the secret to immortality. So... wasn't the island inhabited? And is there any connection between this person and Evan? 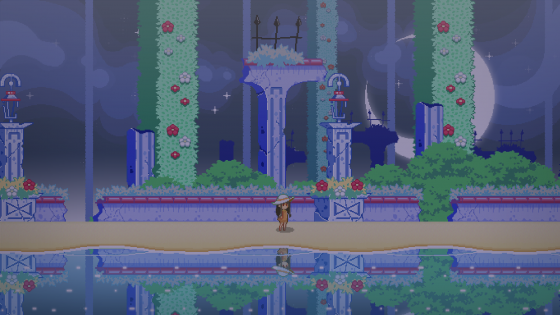 In Evan's Remains, there is no clock or enemies; you have all the time in the world to solve these monolith-based puzzles, and failing is not an option. All puzzles are about activating different platforms, trampolines, teleporting stations, and ultimately getting to the other side of the monolith. Unlike other games where the whole world follows stupid yet fun 2D rules, Vanille is told that she could just walk past these puzzles and simply explore the island without struggling with them; where's the fun of it if she ignores the puzzles, though? Not all of us are that skilled when it comes to solving logic problems, so having an alternative when we can't figure out what to do, is something both refreshing and relieving. The option is there, available at all times, so it's up to you how many times you hit your head against the wall before giving in. That being said, the puzzles are far from impossible, so we can consider this feature as an opportunity to enjoy Evan's Remains as a short visual novel, reading the dialogues and admiring the scenery. When the dialogue gets too overwhelming, you can skip it and just go for the next puzzle or scene. Of course, ignoring the whole dialogue makes no sense since you won't understand what's happening... but to each their own!

We're proud of never skipping a puzzle, and we truly enjoyed the story from start to finish! Although it only takes you around 2-3 hours to complete it, Evan's Remains is an unavoidable, charming, relaxing game that manages to tell a compelling story with a shocking plot-twist... 'as if it was the ending of some emotional video game.' Evan's Remains is available on Steam and Game Jolt if you play on Windows, but there's a Mac OS version coming soon.