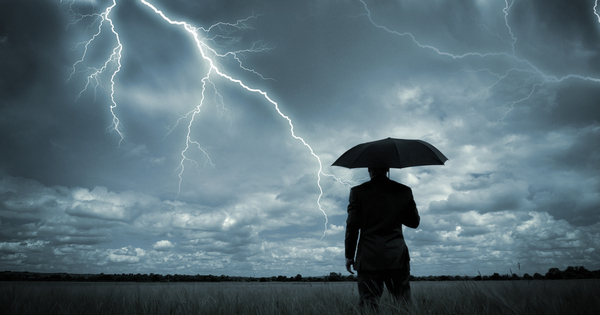 Isolation is a terrible thing. Being alone can do strange things to people. Everybody needs some solitude to clean out their soul, to make peace with their demons. Too much is almost unbearable. A person starts to see the flaws in his character, the cracks and dents, and soon all you see are the worst things.

There are some places I just hate. Airplanes and airports are right on the top of the list. Airports are filled with officious, Orwellian, concrete mannequins, dressed in matching uniforms. They never smile and they don’t appreciate small talk. They take your ticket, tap furiously on a computer and glare at your luggage.

The tube that takes you from the airport into the airplane is what Dante would have used to enter Hell had he been born in the 20th century. Out of the frying pan into the fire. Airplanes are worse than airports. In fact, the worst way to get out of an airport is on an airplane, but what choice do you have?

When we got married I was going to fly from Ohio to Omaha, my sister would pick me up and take me to North Platte. I was getting married, so I was already walking on the edge.

I left after work, it was a rainy, cold, windy, awful evening. Each flash of lightning and crash of thunder, which seemed to be constant, made me want to crawl under a table, or into a bottle.

The flight from Columbus to Chicago is short, in fact crossing the time zone gets you to Chicago earlier than you leave Columbus, a coincidence that distorts my reality. It really puts me in a bad way. The things we do for love.

We flew up and out of the rain. Looking out the window of our little aluminum and plastic ship it looked as if there were a war going on in the clouds below. It was easy to see the titans and the gods locked in battle, flashes of white hot anger, and the constant roar of agony. It was terrifying. Particularly when you realized the airport in Chicago was on the other side of the battlefield.

Something terrible happened in the skies over Sioux City Iowa that night. A plane, flying from Denver to Chicago, had a catastrophic failure and 112 poor souls went on to their greater reward. The effects rippled through airports around the Midwest.

One of the automatons in their little blue suits told us that our flight would be delayed. He didn’t tell us why, but he did make it clear it was going to be a while. He also made it clear they would let us know when we were leaving. Of course, I was curious, but not enough to stand in the line that formed almost immediately.

People in airports can be a little more hostile than average. Maybe they feel the amount of money they spent to get there gives them a few extra rights not foreseen by the founding fathers. It was obvious they needed information, and they needed it now. I thought it wasn’t really going to do me any good to stand in line and yell at this guy. And, for a minute, as I watched the people tell this guy what he was going to do for them I began to understand the complete apathy airport employees developed.

I was stuck with a novel, The Watchers, by Dean Koontz, a magazine filled with crossword puzzles, a Sony Walkman cassette player, a few cassettes and batteries that only lasted for two hours.

This was long before cell phones so I couldn’t call anybody, and wouldn’t have known what to say anyway.

“Hey, I’m stuck, why don’t you drive across two states and get me?”

As the night wore on the airport emptied out. The only living things were around the gate our plane was supposed to fly from.

I got stuck between trying to ignore my situation and trying to avoid finding out why I was in that situation. I knew enough to know I didn’t want to know. I hate flying.

My dead batteries, my growing sense of dread, and my gathering anxiety mixed with the caffeine and exhaustion to cause a restlessness that needed to be fed with motion. So, I walked the empty hallways.

The longer I moved the emptier the place became. It was a dimly lit, empty cavern. In the distance, you could see movement, someone, maybe something, but it was gone by the time you got there. There was no place open, and why should there be, it seemed as if I was the only person in the whole place.

You could see the rain, it was running down the windows, splashing in the puddles, but you couldn’t hear it, as if it only existed in one dimension, the visual, someone had muted the audio track of life. It just made it seem more surreal. I wanted to get out of there. But, I couldn’t–I was trapped.

Back at my gate, people glared at the empty counter. In their faces, you could see the hate. You could smell it, you could feel it. It scared me.

So I stayed as far away as I could, which was far away. But, I didn’t want to miss my flight, so I kept coming back. It was the strangest thing. Most of the airport was empty, and I was alone. It was an emptiness so complete it would swallow you whole and spit you back out after it took what it needed. And when I was with the other people, my flight companions, there was a denseness that had a life of its own, it fed on the power of their anger and it gave them a terrible communal purpose. Every time I came back they seemed closer together, squeezing into a smaller and tighter more combustible knot.

It was a long night and about three in the morning I returned to the gate. There were several new people. Some were carrying big cameras, what I took to be television cameras, others had tape recorders and leather notepads. My fellow passengers were gathering around them. Everybody was buzzing. A few cameras and some people with notepads and briefcases changed everything. Everybody wanted to be close to them. Any publicity is good publicity.

I knew something bad had happened. Camera crews and reporters are the modern equivalents of The Horsemen. It’s never a good sign when they show up. I was about ready to take the ultimate leap of faith, climbing on an airplane, and I had no desire to know about any catastrophe that might be waiting at the other end.

When I got to Omaha my sister told me what happened. Oddly enough, on this odd night, she lived in Sioux City. All I could think about was the families, those people left behind, who would never have a chance to hold their loved ones, to say those things they always wanted to say, would never get to say goodbye. Everything had been torn away from them.

For some reason this isolation, the Covid19 lockdown takes me back to that night. And I still think how much more fortunate I am than so many others, how bad it could have been. Someday this will be over and we have to remember those who didn’t make it through to the other side.

When I think about those people I realize why we have to stay.

The post Lessons From Isolation appeared first on The Good Men Project.