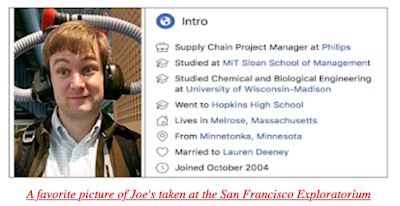 Joe Deeney returns with a puzzle that was a real tester for me. As far as times are concerned, I won't show you mine if you don't show me yours.
Joe's reply to my note: 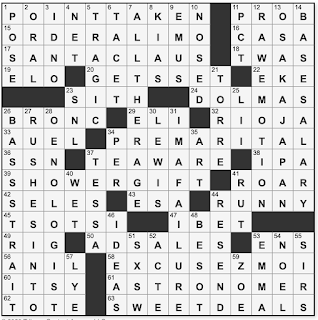 Hi Gary,Thanks for reaching out. Always good to hear from you, glad you enjoyed the puzzle. I actually hadn't yet heard from Patti and Rich that this was slotted, so good to know it’s coming up.In early 2019, I started playing around with themeless grids with a high number of 10 letter answers. I don't have stats for the LA Times, but on xwordinfo there is a page showing that the max published in the NY Times in a 15x is 14 answers of length 10. This grid is relatively unconstrained and has 16. I have another puzzle in Rich's queue with this same grid layout, and another one with 18 answers of length 10 from the same period of experimentation. The tradeoff with these grids is more answers of length 4 than 5 or 6, but as long as the long fill shines that doesn't bother me so much, though I know for some solvers it's not ideal.The seed for this puzzle was EXCUSEZ MOI which I had hoped to clue [Pardon my French?] but I guess that required a bit too much of a grammatical stretch for Rich's taste – or maybe it narrowly missed passing the breakfast test. I'm glad the gist of my clue for SHOWER GIFT and ORDER A LIMO remained the same. I've been trying to work ORDER A LIMO into a themeless puzzle for a few years now with essentially that clue - very friendly combination of letters, especially starting and ending with a vowel.Everyone is healthy and safe here, hope the same for you.-Joe
Across: 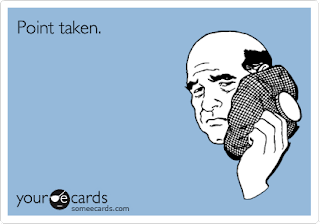 15. Agree to take the long way there?: ORDER A LIMO - Getting there is half the fun in a long car on a long route

16. Condominio, por ejemplo: CASA - Hmmm... A type of house and in Spanish 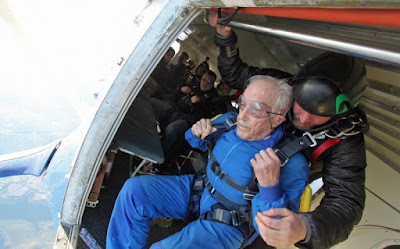 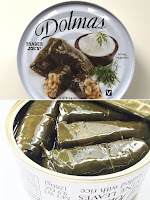 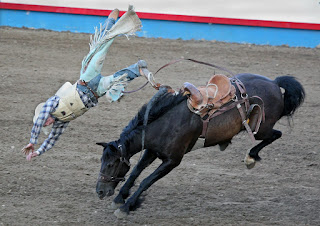 29. Either Bush, in school: ELI - George H.W. and George W. were both Yale grads 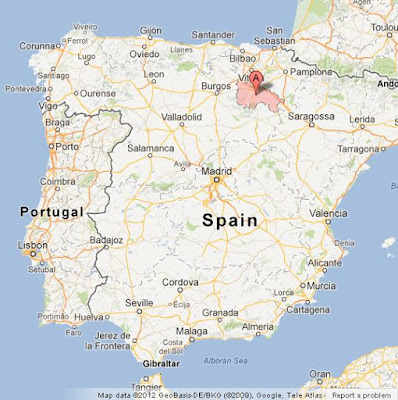 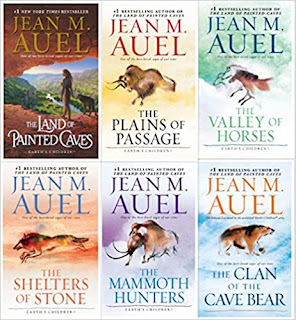 41. Katy Perry hit that starts "I used to bite my tongue and hold my breath": ROAR - Her feminist anthem 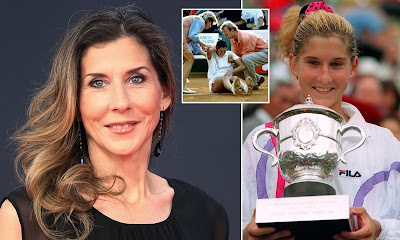 45. Oscar-winning foreign language film based on a Fugard novel: TSOTSI (South African slang for thug) - New to me and not a film that would put my butt in a seat. 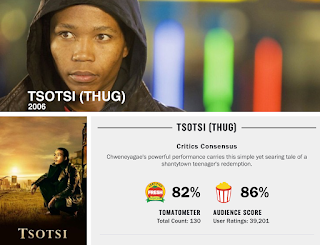 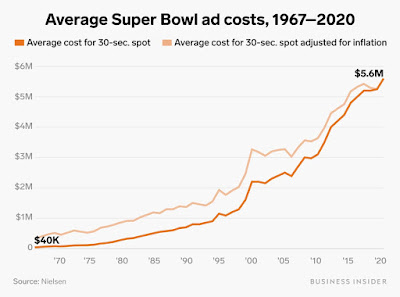 56. Actor Kapoor of "Slumdog Millionaire": ANIL - This story is of a boy from the slums of Mumbai not Johannesburg

61. Galileo, notably: ASTRONOMER - One of my heroes but was not a big hit with the Pope! 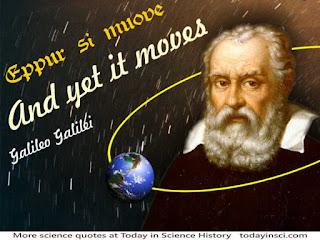 A classy way to divide the Across and Down clues!
52. Entr'__: ACTE

And now back to our regularly scheduled review:

1. Prepare for cheese?: POSE - Gotta love this clue too!


2. Spoken: ORAL - There are so many questions I never got to ask my grandmothers 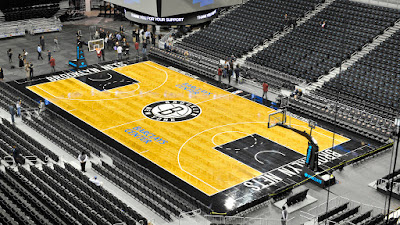 5. Like some flaws: TRAGIC  Hamlet's "To be or not to be" reveals his TRAGIC FLAW of indecisiveness

7. Hot, hot, hot: ALL THE RAGE - Name the song with this lyric (*answer at bottom of write-up)

10. Barely bested, with "out": NOSED - You may have to look for a while to see that Horse #2 not only didn't win but got third. (**reason at bottom of write-up) 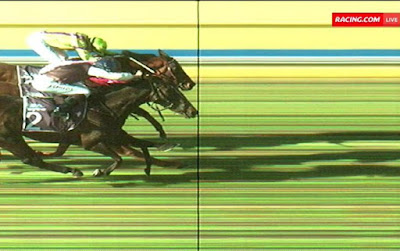 12. What an actor may bring to an audition: RAW EMOTION - Stel

13. Honshu city: OSAKA JAPAN - OSAKA and Hiroshima are both on the island of Honshu and it's a 4-hr drive between them

14. Factor in bonus size, perhaps: BASE SALARY - I had a BASE SALARY every year I taught and my bonus was 0% of that

25. Only Super Bowl the Eagles won: LII - The Eagles had one of the coolest plays I have ever seen!

26. Victoria-Tasmania divider: BASS STRAIT - The diary of Andrew MacCauley's 35 hr crossing of the Bass Strait in a sea kayak 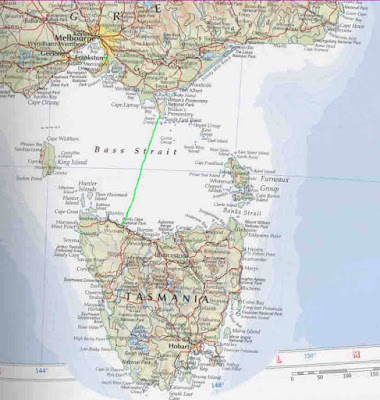 27. Doesn't stop to think about: RUSHES INTO.

28. Expert on ports?: OENOLOGIST - We see OENO associated with wine here quite often and LOGIST indicates an expert so...

35. "The one way possible of speaking truth": Browning: ART 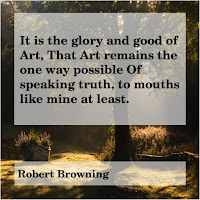 40. Like spring snow: WET - This beautiful Johnny Mathis song has a lyric of "melt my heart like April snow" @~1:12

44. Forward, say: RESEND - What I do when I get a cool video from someone

46. Noodle nuggets: IDEAS - Even my noodle/bean/noggin has good IDEAS sometimes

48. Ply with drink: BESOT - George knew he could get the truth from Elaine with peach schnapps 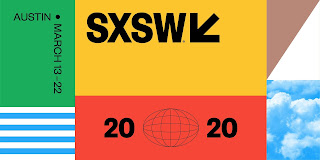 54. Coward with a knighthood: NOEL - He was knighted by Queen Elizabeth II in 1970 twenty-eight years after Winston Churchill vetoed her dad's desire to do so.

59. Muppet friend of Elmo: ZOE - Rhymes with snow. With the diaeresis mark ZOË rhymes with snowy
* The song about THE RAGE is The Beat Goes On by Sonny and Cher

** If you look closely the winning horse is between horse #2 and the horse at the top of the picture. The winner's nose is sticking out in front of horse #2. Horse #2 was declared the winner but someone spotted that the winning nose didn't belong to #2

Crossword Map Update
After four years,I decided to update my map of our LA Times bloggers. I went through the old map and deleted some names that didn't seem to be active any more. My memory is very suspect and I may have eliminated some people who are still contributing but I know we have some new members who are not included. I have also received requests from others who do not usually post but want to be on the map.
Please email me at gschlapfer@gmail.com if you want to add your name and location or edit what is already there. I am truly sorry if I have omitted anyone and am anxious to get the map up to date.
Gary

(click on image or open in a new tab to enlarge) 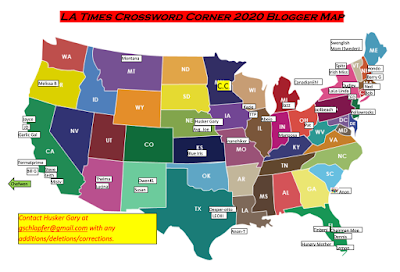