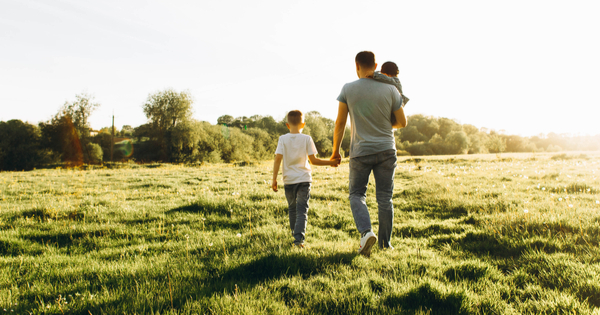 Today was a good day.

When the kids woke up we putzed around in the garage and did some exercises.

We went to the grocery store and I was so happy to see our 8-year-old run to the cart that looks like a race car. (You know those days are numbered.) He even fit in it. Kind of. His knees pressed up against the metal grates and he didn’t last in there the whole time, but honestly, when has he ever?

Our five-year-old was asking if he needed han-sam-itizer (hand sanitizer). I tried to get a video of it to capture the coronavirus reality and his sweet speech in time, but of course, the kids saw my camera come out and they started rolling their eyes and making silly faces.

I had so much fun shopping with them and I can’t really explain why. It was just an ordinary trip, although it wasn’t my usual Publix and even the guy in the produce department commented that I was walking in circles. I smiled at him and said yup, grateful for the outing, and in no rush.

Ash pretended he didn’t want peanut butter bars and Javin wanted ribs. We went home and they even carried bags in and as we sat down for a snack, we started school.

They were eating yogurt and I was trying to explain why most of the world south of the US is Spanish-speaking, but all Javin wanted to know is when Florida became a state and how, and we veered beautifully off course, (with the help of Google).

We moved inside for the next part, but the boys got distracted with foosball, and because I’ve learned so much wisdom from you, I let them play and seized the moment to read a chapter of my book.

When I heard things start to fall apart I beckoned them back to me and we read stories. I read Ash the story of the Three Little Pigs for the 92nd time and Javin and I read a ZooBooks magazine on lions.

We did all this schooling while cuddling and chilling and giggling and when they finished everything on their to-do list, I told them they could have some TV, and do you know what I did? I filled a bath with hot water and lavender epsom salt and I counted it as my meditation. I even finished another chapter of my book. By the way, have I told you how grateful I am to be home with our children and our home?

There were times that staying home felt like an utter sacrifice on my part. I felt devoured and lost and frustrated, but I have since gone back to work and back home again, and being here right now feels like such a luxury. I know it is.

But, it’s also so different doing it without you.

Even today, on an absolutely perfect soaking-it-all-in kind of day, I noticed myself on multiple occasions counting how much longer it’d be until you got home.

We went on a bike ride after TV time and as we pedaled down the street, it struck me how different everything feels without you.

There were times when the kids were younger that I counted down how much longer until you got home out of desperation. I needed someone to tag me out. I needed to come up for air. There were times I needed you for reassurance or to help me with a hard decision. And even though that’s not the current case, I still count down how long until you come home.

Even on the best day, even in my smoothest mom moments, it’s just not the same without you. I can’t even quite explain it. All I know is that long, open days with the kids by myself are worrisome, but with you, they’re absolutely sacred.

I’m so grateful the boys have you as their dad. I’m also grateful for the very privileged role of being their mom. But what has really been grabbing my attention is how sharing parenthood with you is my greatest joy. Our family just doesn’t feel complete without you. And as we rejoice that our sons are companions, I can’t help but think of you as mine. Every simple, beautiful moment, when shared with you, is even sweeter.

Our boys build towers and chase each other around. They get lost in a world they share together, and even though I relish in these sights on my own, it’s just not the same without you. On Father’s Day, I want to not only say how happy I am that you’re the dad you are, but how thankful I am that you’re my partner on the greatest journey I’ve ever known.

The post What I Want to Thank You for on Father’s Day appeared first on The Good Men Project.