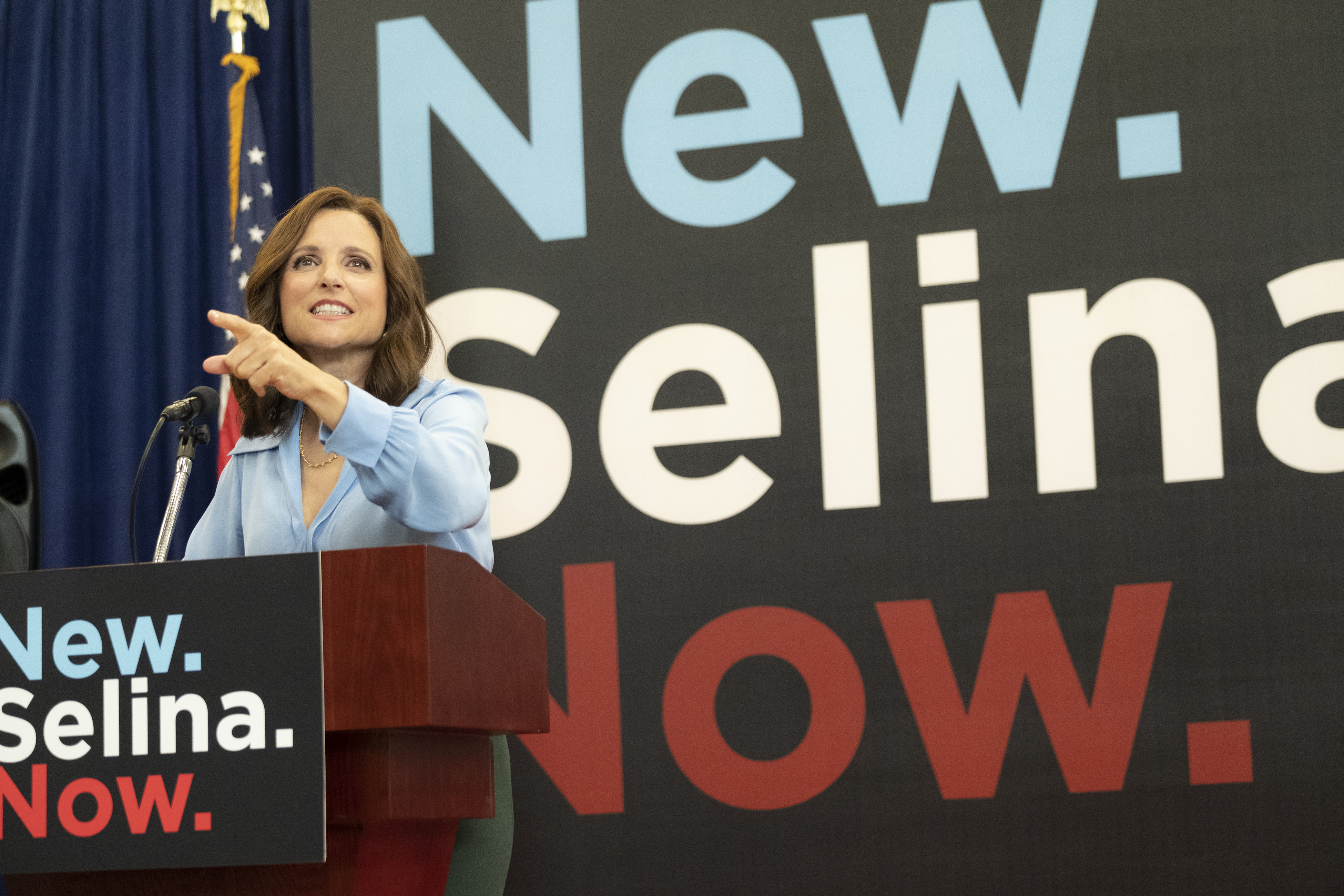 Debra Granik’s breakthrough feature is probably best known today for launching Jennifer Lawrence’s career, but it should also be remembered as one of the great neo-realist films of the past ten years. Few directors have portrayed extreme poverty in middle America with more nuance. Winter’s Bone offers a devastating portrait of a dirt-poor community in the Ozarks with no infrastructure or government oversight, racked by meth lab explosions, domestic abuse, and petty crime. Like her debut—2004’s Down to the Bone, a C-budget film about the downward spiral of a coke-addicted housewife in upstate New York—Winter’s Bone portrays drugs as a means of escape for the down-and-out, whether psychological or economic.

Ree Dolly (Lawrence) is already the head of her household at the age of 17, struggling to feed her family and keep their house. As she sets out on a quest to find her father, Granik’s film turns into a gripping noir thriller, offering crossover appeal to audiences beyond the arthouse circuit. (It gained enough attention to secure four Oscars nominations, including one for Best Picture.) But Granik’s commitment to using real locations and non-actors, and immersing her central cast of professionals in the extreme locale in which the film is set, gives Winter’s Bone its unique power. It makes the film as immersive as the actors’ experience must have been. —WINSTON COOK-WILSON

Christopher Nolan has always liked puzzles. He spent the 2000s crafting tight, conceptual thrillers with riddles at their core, with Memento to The Prestige being the strongest examples. Even in his relatively straightforward Batman movies, the gambit is structural: Nolan can’t help but play around with timelines, mysterious flashbacks, and twist endings.

The most high-minded of Nolan’s films, Inception is also the densest, featuring unreliable protagonists, nested narratives, and paradoxical point points. As a result, the movie spends a significant amount of its runtime explaining how it works. In this world, shadowy international corporations pull the strings, and the minds of important business people and political leaders are prized targets. Dreams can be infiltrated, and secrets stolen via psychological espionage. Cobb and his crack team of infiltrators explore three layers of dreams-within-dreams, attempting to lead a young Robert Fisher (Cillian Murphy) towards a particular business decision by helping him repair his relationship with his late father. Cobb is seeking redemption from something, and the unknown event’s lasting psychological implications take the form of literal projections, interfering consistently with the mission he is supposed to be carrying out.

Nolan hones in on the intricacies of the dreaming process, but despite his meticulous explanations, the film still manages to inspire a sense of subjective wonder. We can argue about how cleanly the puzzle pieces fit together, but the scope of Nolan’s accomplishment remains staggering. No major Hollywood filmmakers are making blockbusters with this much conceptual ambition. In an increasingly Marvelized film landscape, Inception is a testament to what Cobb calls the “most resistant parasite”: the lasting power of an original idea. —WILL GOTTSEGEN

The Social Network, the unconventional Mark Zuckerberg biopic directed by David Fincher and written by Aaron Sorkin, got some flack at the time of its release for being a less-than-truthful account of Facebook’s rise to prominence and the lawsuits that resulted from it. But Fincher’s distinctive film does something more important than dramatize history. It evokes the feelings of jealousy, loneliness, and greed that, by some accounts, helped alienate the founder of Facebook from the people who helped him get to the top.

Jesse Eisenberg plays Mark Zuckerberg as a tightly wound ball of nerves and insecurity, simultaneously psychologically unraveling and creating a self-satisfied mythology for himself as Facebook snowballs in popularity. The film looks back on the company’s genesis from the context of depositions by the Winklevoss twins (Armie Hammer), who claim Zuckerberg stole the idea for Facebook from them, and his former best friend Eduardo Sauverin (played by Andrew Garfield). This frame allows the filmmakers to revisit the events that tore Zuckerberg and Sauverin’s friendship apart, including Sean Parker (Justin Timberlake) coming onboard as an early investor and seducing Zuckerberg by telling him everything he’s ever wanted to hear.

Fincher and Sorkin turned out to be an unlikely dream team. Few directors have made banging out code or clicking around an Internet browser as exciting to watch as Fincher. Sorkin has an acute understanding of the effect power has on people, both those who crave it and those feel oppressed by it. The best scene of The Social Network is the one in which Sauverin finds out that he’s been diluted out of Facebook’s shares, and Sorkin’s rapid-fire dialogue heightens the vitriolic intensity of the conflict. (The best anecdote about the making of the film is that Fincher asked Sorkin to read the script the way he hears it in his head, timed him, and used that time to dictate how fast the actors had to talk.)

The score from Trent Reznor and Atticus Ross—the duo’s first and best film project—is the icing on the cake. In his previous work with Nine Inch Nails, Reznor channeled anger and anxiety into a specific industrial rock sound, but adapting his sensibility to film scoring brought out a new side of his musical genius. The Social Network’s varied soundtrack borrows elements from new wave, post-punk bands like Joy Division, and New York City underground music from the 1980s, helping to enhance the creeping sense of dread in Fincher’s melodrama. —ISRAEL DARAMOLA

As one of the monumental mainstream comedies of the decade, Bridesmaids proved for the umpteenth time that women are more than capable of carrying a summer blockbuster. Ultimately drawing a whopping $288 million at the box office, the movie introduced movie-going audiences to Kristen Wiig’s screenwriting and provided comedic titan Melissa McCarthy with a breakout role. Even more importantly, it features female comedians  occupying the gross-out-comedy space producer Judd Apatow typically reserves for his cadre of manchild actors.

Perhaps the most impressive aspect of the film, however, is how adeptly it navigates the joys and complications of female friendship and the separation anxiety that results when one half of the partnership gets engaged. Like any chick flick, there’s a romance—and an adorable one at that—between Wiig’s adrift failed baker turned underemployed jewelry store sales associate and George O’Dowd’s cop character. But the real love story is the platonic one between Wiig’s character Annie and Maya Rudolph—Wiig’s former fellow Saturday Night Live cast member—as Lillian, the bride. Given how often women are either underwritten or relegated to the role of love interests or harpies in Hollywood comedies, it feels revolutionary to see women portrayed this multidimensionally.

Wiig’s character, in particular, grapples with abandonment issues, jealousy, a propensity to self-sabotage, nagging feelings of inadequacy, and class anxiety. One thing you almost never see in a rom-com is the protagonist worrying about money, since she usually lives in an absurdly spacious Manhattan apartment on a New York media employee’s salary. Bridesmaids breaks the taboo by having Wiig’s working-class background fuel the tension between her and Helen (Rose Byrne), the wealthy interloper who is competing with Annie for Lillian’s affections. Few shots in the movie are more effective than the tight closeup of Annie’s paltry retail paycheck amid discussions of the decadent bachelorette weekend in Las Vegas. —MAGGIE SEROTA

Iranian auteur Ashgar Farhadi’s A Separation is among the most significant international films of the decade, and not just because of the noise it made among U.S. arthouse audiences or its Best Foriegn Film Oscar. Even in a vacuum, A Separation—an emotionally hyper-charged family drama that never ventures into sentimentality or leaps to easy conclusions—stands as a singular and monumental achievement.

A Separation nests a story about a housekeeper who loses her child to a tragic accident within another about a couple going through a divorce (or rather, fighting for the right to do so). Farhadi offers a multifaceted, contradictory portrait of every character he puts on screen. If our sympathies are naturally aligned with the couple—Nader (Peyman Moaadi) and Simin (Leila Hatami)—at the film’s outset, our allegiances become muddled as class double-standards and other complicating factors present themselves. Nader’s rival Hojjat (Shahab Hosseini) initially scans as a toxically insecure and controlling husband, but as Farhadi elucidates the ways in which Iranian society underserves and scapegoats people from his socioeconomic background, the character becomes harder to judge.

Most of the central arguments between characters devolve into elaborate litigations of blame. It is difficult to pinpoint which disastrous events we are meant to chalk up to fate and which are the products of a broken societal infrastructure. The film highlights many restrictive cultural norms that do not account for the needs of real individuals, and for their inevitable flaws. Farhadi leaves his devastating parable open to free evaluation and reconsideration, steering gently clear of directly subversive critique, which allows him to explore themes and paradoxes that a more aggressively didactic movie might have circumvented. A Separation challenges all of us to take a more empathetic view of the individuals with whom we are thrown into conflict in life, and to constantly interrogate the inherited principles and codes that inform our actions. —WINSTON COOK-WILSON