Home / News / Super Bowl LVI: A Look at the Fake Merch and Fake (Trademark) News that Comes With the Big Game 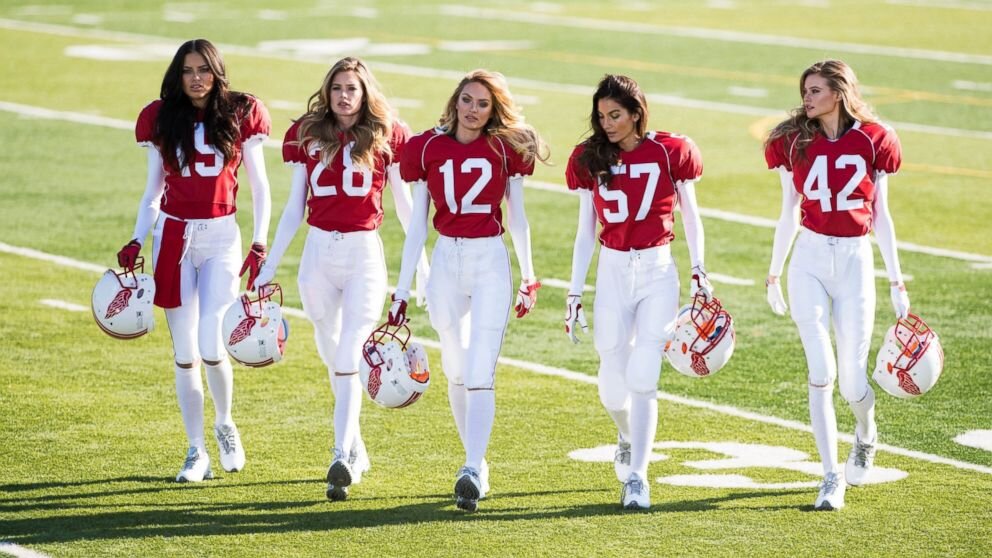 Each year, as sports fans and consumer brands ready for the Super Bowl, the U.S. government teams up with the National Football League (NFL) for a collaboration of its own. Known as Operation Team Player, the parties initiative focuses exclusively on a category of goods that are readily targeted by counterfeiters: sports merchandise tied to the annual sporting event, one that draws anywhere from 90 million to 115 million viewers, and that sees millions of dollars worth of merch fly off shelves. For some perspective, last year, Super Bowl contenders, the Los Angeles Rams, sold nearly as much merch in the 10 days after landing their Super Bowl spot as they had in an entire recent year.

While logo-laden luxury goods are among the most frequently cited types of products that are targeted by counterfeiters and shipped into the U.S., most commonly from China, beyond fake Louis Vuitton bags, Gucci belts, and Off-White sneakers, sports merchandise proves to be a heavily-faked category. And spikes in counterfeit merch goods that bear a trademark made to look identical to anothers registered trademark and produced on the same type of goods as those registered by the rightful trademark holder tend to accompany prominent sporting events, such as the NBA Finals, Stanley Cup, the World Cup, which routinely draws viewers from around the world and a lot of them, and of course, the Super Bowl.

This year is proving to be no different. According to a release from U.S. Customs and Border Protection, and U.S. Immigration and Customs Enforcements Homeland Security Investigations, as first reported by WIPR, the bounty of Super Bowl-related fakes intercepted by law enforcement has topped previous records: the government agencies announced on Thursday that they had seized counterfeit sports-related items worth an estimated $123 million manufacturer's suggested retail price.

By way of a collaborative enforcement operation targeting international shipments of counterfeit merchandise into the U.S., the agencies took possession of nearly 180,000 fake jerseys, jewelry, hats, cell-phone accessories and thousands of other bogus items, [which were] prepared to be sold to unsuspecting consumers.

Looking beyond the fake wares that come hand-in-hand with the Super Bowl, there is another thing that is routinely associated with The Big Game a lesson in trademark law and precisely now the name of the annual even can and cannot be used.

As is commonly reported by media outlets, the NFL maintains a wide array of rights in the heavily-watched game. Most specifically, the league holds federal trademark registrations for Super Bowl, Super Sunday, and dozens of other game day-related marksfor use on an array of goods and services in much the same way as brands own rights in their names and logos. And in much the same way as brands take legal action when others use their trademarks without authorization, the NFL has earned itself something of a reputation for trying to strictly limit others' use of the Super Bowl name, which is a large part of why many brands opt to refer to the annual football event asthe Big Game.

The reality of the NFLs rights is a bit more nuanced than the NFL being able to claim sweeping rights in the Super Bowl trademark and thereby, prevent any and all unauthorized uses of the term by others, including in connection with things like advertisements.

As the Electronic Frontier Foundation (EFF) aptly states, Having a trademark means being able to make sure no one can slap the name of your product [or service] onto theirs and confuse buyers into thinking they are getting the real thing. This also means that a trademark holder can prevent others from using its mark when such use might make someone think its an endorsement or sponsorship.

What it does not mean is that a trademark holder can stop a party from using the term when there is no likelihood that consumers would be confused as to the source of the product or service, or otherwise believe that there is an affiliation or connection between the trademark holder and the third-party user of the mark, such as a company that pays top dollar for commercial screen time during the Super Bowl(like Victorias Secret, for instance, which ran an ad a few years ago) and makes a reference to the name of the game.

If neither of those things happens, aka if there is not likelihood of confusion or affiliation, you can call the Super Bowl the Super Bowl, the EFF asserts. The ability to use somethings trademarked name to identify iteven in a commercialis called nominative fair use, and that is a defense to trademark infringement.

In short: the NFLs scare tactics do not change the fact that the game is called the Super Bowl and that is exactly what brands can call it.