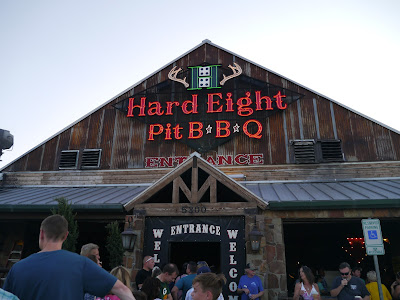 One night SIL & BIL took us to Hard Eight Pit BBQ for smoked meats. We could smell it as soon as we pulled in the parking lot. There was a line to get in, so we joined the line and smelled the smoke. SP & BIL got beer to sip while we waited. The line moved pretty fast and soon enough, we were inside. 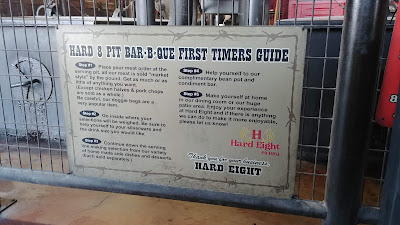 If possible, it smelled smokier inside! You stand in line, eventually get to an order station and tell the guy what you want/how much of it and he slices it off the meats on the smoker. Giant smokers. Lots of them: 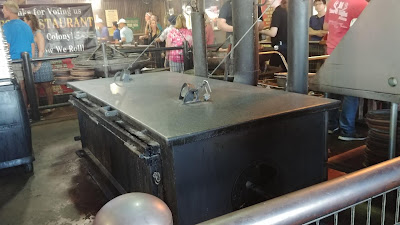 Above, one smoker, below, several. 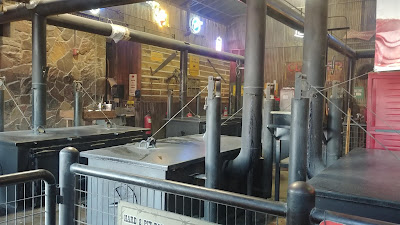 After the smoked meat guy cuts your meat, another guy weighs and prices it. Then you continue in line to the sides station, grabbing whatever sides you want as you make your way through the line. 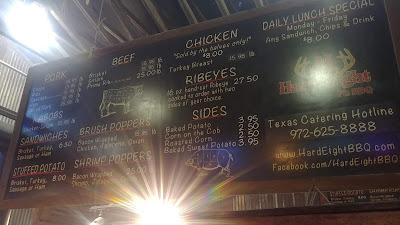 Finally, you reach the payment & drink stage. After you select your drink and pay for everything, you can get your beverage at the beverage station (sodas, iced tea) and then find a place to sit & eat. 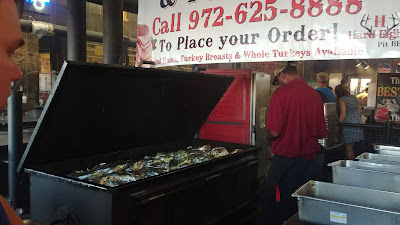 I don't even know what was in the foil packs, above photo. Below, the meats: 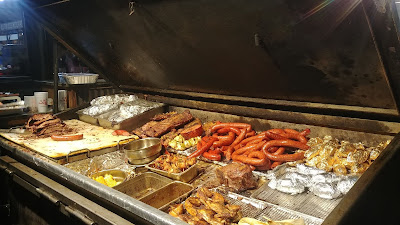 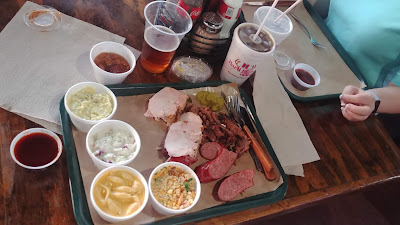 We got some turkey, brisket, and sausage plus mac & cheese, potato salad, cole slaw, and a cornbread salad. We tried one of the IL's onion rings. 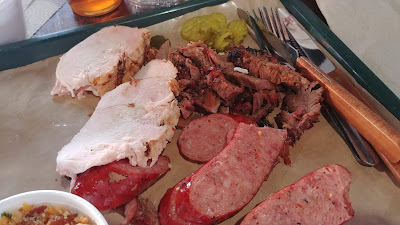 Close up of the meats on our tray. The brisket was yummy, the sausage good (not really being my thing), and the turkey was good, too. 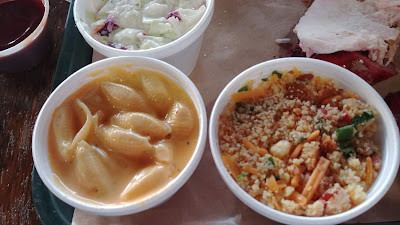 We didn't need four sides. We took some home as leftovers. The mac & cheese was fine, not the best, not the worst. I liked the potato salad a lot because it is different from what we make. I was too full to try the cornbread or cole slaw, but SP liked them. 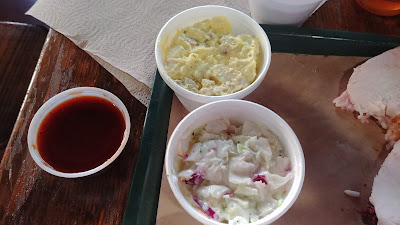 They have desserts, too, but we were too full for dessert.

We couldn't find seating inside so we ate outside, to my disappointment since it was so darn hot. Turns out eating outside was also loud since we ended up sitting close to the live music (fiddles, banjos, and singing) which was nice but loud so we didn't get to talk with each other. We sent our leftovers home with SIL and the next day she used the brisket to make brisket nachos. We also snacked on the leftover meats and sides during the football games.