Koshary is the pride and joy of Egyptian cuisine, a chaotic yet delicious concoction celebrated by almost all Egyptians.

At first glance it looks like a random and hard to cook - mix of spice, garlic and tomato sauce poured over a bed of rice, lentils and pasta, then topped off with crispy onions. Carb free it is not.

But then comes the first spoonful: soft, tangy and fragrant, with a little heat and crunch from those fried onions.

There is a method in this madness that appeals not only to Egypt's 100 million population, but also to its worldwide diaspora.

The role of India - and Italy
The origins of this delight do not, however, lie in North Africa but in southern Asia and kitchari, an ancient Indian dish.

Kitchari was brought to Egypt, when it was a British protectorate, by Indian soldiers fighting alongside the imperial forces and nostalgic for home cooking. 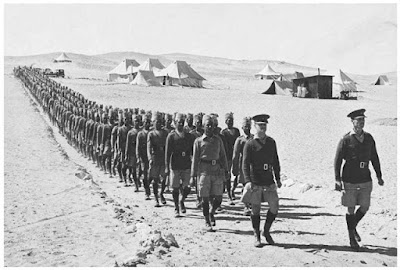 In Hindi, Gujarati and other Indian languages it broadly translates as "something that is all mixed up".

In India it ranks as one of the country's most popular dishes, with each region offering its own twist: unlike its Egyptian descendant, it often includes beef, chicken or fish.

In some areas, the boiled rice is cooked with flaked fish - typically haddock - boiled eggs and curry powder, then garnished with parsley. This variation led to the popular British adoption of the dish as kedgeree.

It's an unglamorous staple of Indian cuisine that can vary from dry and hearty to creamy and porridge-like.

One thing stays the same however: that filling carb foundation.

Kitchari didn't just storm Egypt: it was also adopted by Baghdadi Jews, who travelled to India during the British Raj, as well as communities in the Levant, where it evolved into mujaddara. In Egypt, the regional twists have grown over the decades to include chilli spice, vinegar and garlic.

And the pasta? That's down to the many Italian-Egyptian communities in north Africa during the early 20th century, who also wanted a reminder of home.

For the koshary base

For the fried onions

For the dakka (tangy sauce)

Method
For the base

1. Lentils: Boil the lentils in 4 cups of water for about 1520 minutes until tender. Strain and season with salt and pepper
2. Rice: Saute the rice with 1 teaspoon of salt in 1 teaspoon of oil over high heat to coat. Add 4 cups of boiling water and bring to the boil. Reduce the heat, cover and simmer for 2030 minutes or until the liquid is absorbed and the rice is tender.
3. Pasta: Boil pasta with salt added to water until just al dente - but dont over cook. Rinse, strain and mix with 1 tablespoon oil (fried onion oil if you have it!) and 1/2 teaspoon salt
4. Chickpeas: drain and rinse under cold water.

1. Stir-fry 1 minced onion with 2 cloves of minced garlic in a pot with 1 tablespoon of oil. When soft and translucent, add diced tomatoes.
2. Add 1 cup of water and simmer for 15 minutes. Blend the sauce in blender (or use an immersion blender) until smooth and return to heat.
3. Boil for 5 minutes to thicken a bit. Add salt and pepper to taste.

For the onion topping

For the dakka sauce

1. Put the water, coriander, cumin and chilli together in a pan and boil for 15 minutes.
2. Remove from the heat, then add the garlic, lemon juice, vinegar and salt to taste. The sauce is ready to serve when cool.

To assemble the koshary

1. Lay the rice in a large baking tray and cover with the lentils. Then add the layer of pasta followed by chickpeas.
2. Pour the salsa evenly on top and top it off with the fried onions.
3. Last, add the dakka sauce on top of everything to give it a kick. Enjoy!