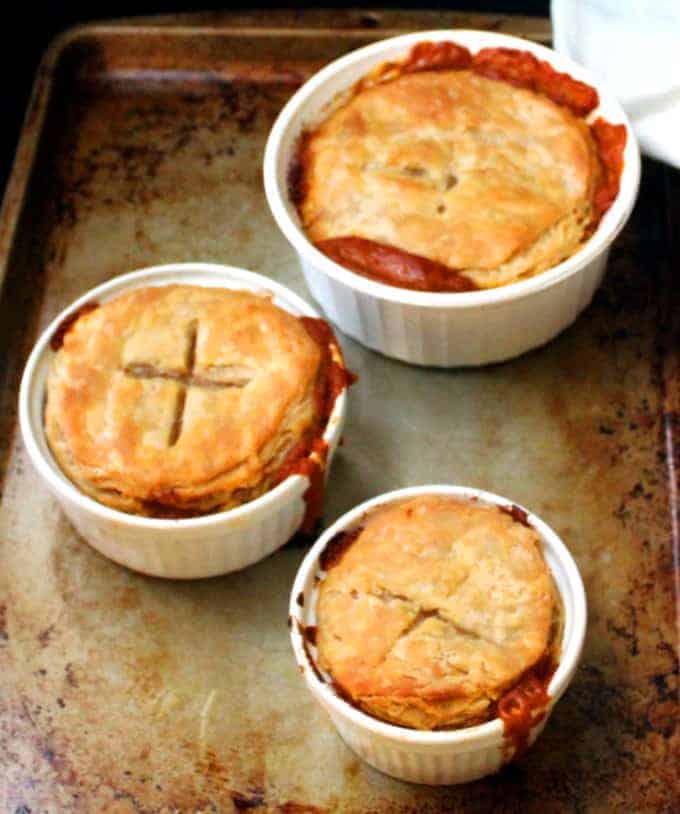 This vegan Chicken Tikka Masala Pot Pie is stuffed with chewy and juicy bits of vegan chicken and green peppers in a delicious, rich and healthy tikka masala sauce. On top goes a flaky, golden pie crust. Whats not to love?

Elegant yet quirky, my Tikka Masala Pot Pie is perfect eats to warm up your tummy on a frigid Fall evening. And I cant think of a better dish to make Thanksgiving or any dinner more delicious.

I love pot pies and if youve eaten my vegan mushroom pot pie, youll know exactly why. This vegan Tikka Masala Pot Pie is another one of my favorites, and Id shared the recipe with you back in 2013. Ive made many changes to it since, so I wanted to share the updated recipe which I like even better with new photos.

A tikka masala, full-bodied and flavorful, is a food so perfect, it has entire nations quibbling to take credit for it, from India to Pakistan to Great Britain. And while it is true that the concept of a tikka masala, and the masalas that go into it, are very Indian, the dish is said to have actually been invented by Indian or Pakistani cooks in British restaurants, making it a British dish.

Whatever its origin, everyone can agree that a tikka masala is inarguably delicious. Stuffed under flaky, golden pastry, it becomes even more so. Digging into the crackly top to the rich, orange-red sauce below and discovering little bits of chicken tikka and green pepper is quite the gastronomic experience.

You could make one big pot pie with this recipe for my Tikka Masala Pot Pie, or divvy it up into four individual little pot pies. For the filling, instead of cream, I used cashew cream, onions, tomatoes, the vegan chickn, of course, and fresh green bell peppers.

Ingredients for the pot pie: 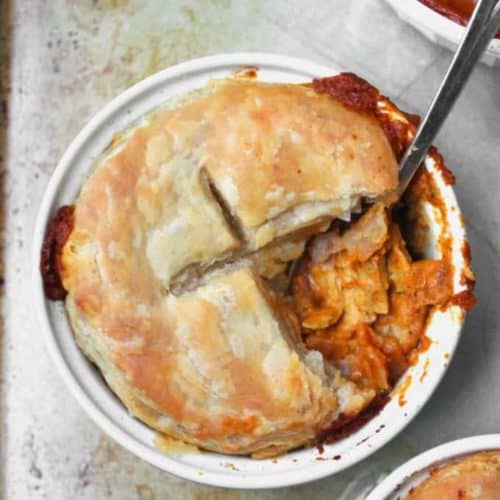 This vegan "Chicken" Tikka Masala Pot Pie is stuffed with chewy and juicy bits of vegan chicken and green peppers in a delicious, rich and healthy tikka masala sauce. On top goes a flaky, golden pie crust. What's not to love?

For the pastry crust:

For the vegan "chicken" tikka cubes:

For the tikka masala curry sauce:

Assemble and bake the pot pies: